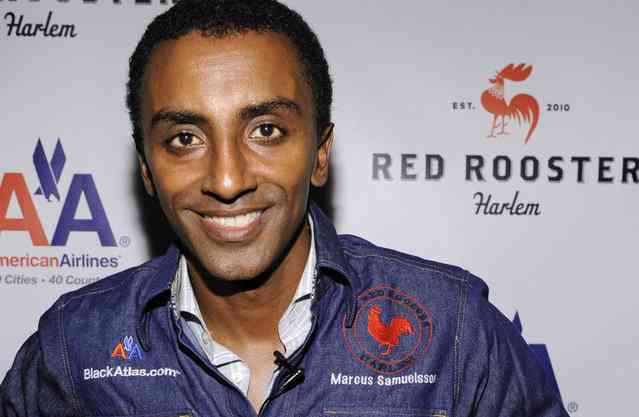 Posted in American Airlines, Domestic US, In the Air
(Photo by Fernando Leon/PictureGroup)
UPDATED: The mystery deepens! Wrappers on the sandwiches still have the Marcus Samuelsson branding. I’ll reach out to American Airlines for comment. Stay tuned!
On my flight from LAX to ORD today, I noticed that the in-flight menu is missing the familiar “MS” stamp of approval that’s been a staple since celebrity chef Marcus Samuelsson came on-board as a menu consultant. None of the menu items bear the chef’s name anymore and the Marcus Samuelsson “New American Table” brisket sandwich has morphed into this: It’s identical to the brisket sandwich that used to bear Samuelsson’s name, but there’s no mention of the chef anywhere. Same thing happened with the former MS Breakfast Biscuit:

It’s now the chef-less Breakfast Sandwich, with all of the same ingredients except the biscuit is now a brioche roll. The Boston Market tie-in is long gone, too. Looks like American is going in-house for their economy class food offerings from now on.
Farewell, Chef Samuelsson. It was nice while it lasted.