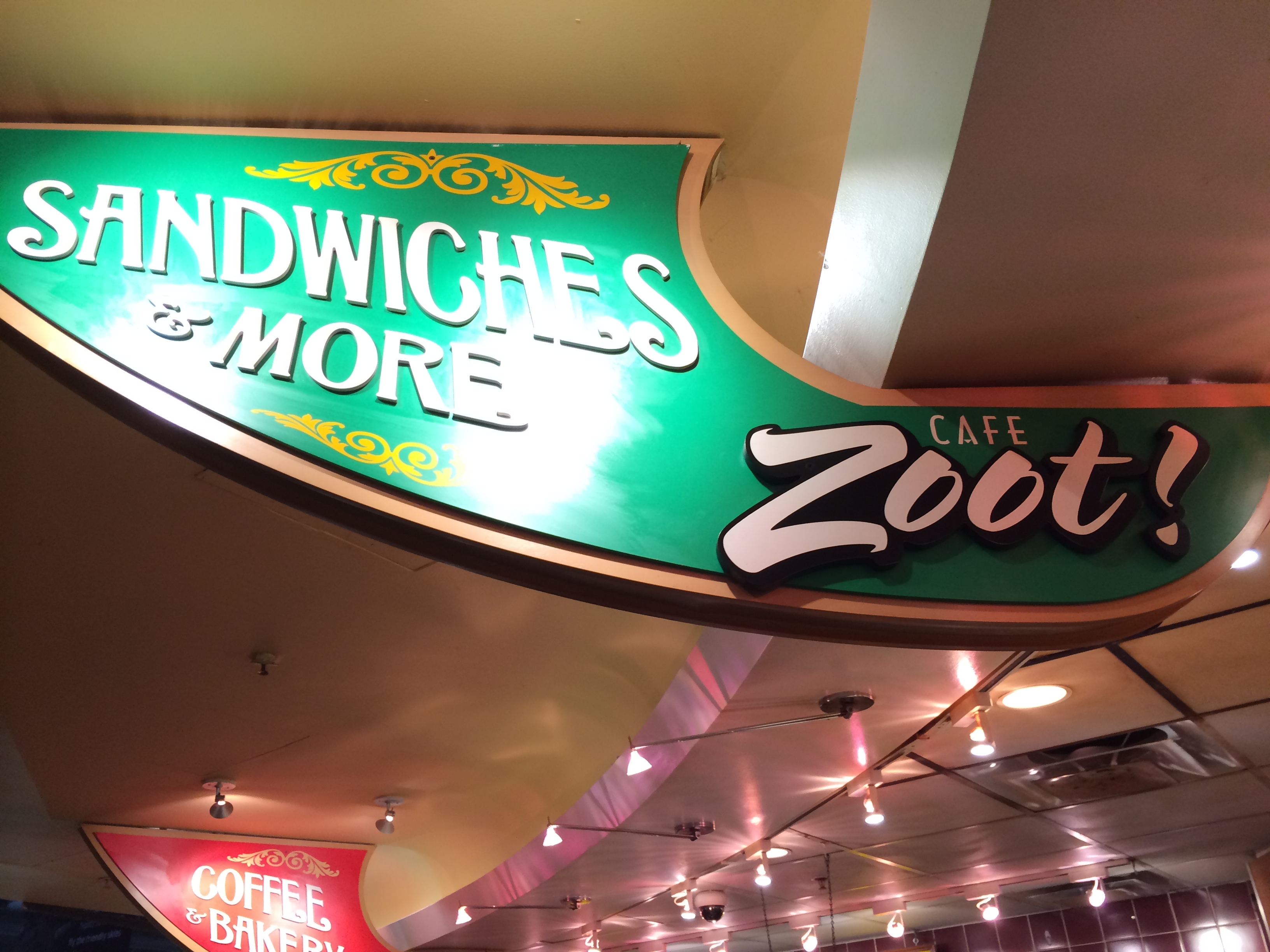 You’ve got thirty minutes before your connecting flight boards. You’re starving, but there’s no time for a sit down meal and you don’t want to wait for anything to be cooked. What do you do? WHAT DO YOU DO?

First of all, calm down. You’re going to grab a sandwich. At least that’s what I did on a recent layover at O’Hare. I was flying United, which meant that I deplaned into madness on a Friday night in O’Hare’s Terminal 1. I had roughly 14 minutes to track down something to eat and get back to the gate before boarding. My mission was simple: find the best sandwich within a ten-gate radius. Unfortunately, I failed. I didn’t fail in getting the sammie. That part was easy. The failure came in choosing Cafe Zoot!. It’s not an airport version of a local favorite. It’s not a national chain that set up an outpost here. It’s just a Potbelly knock-off and, sadly, tasted that way. You’ll find it in the mini food court across from Gate C19 amongst Reggio’s Pizza Express, Billy Goat Tavern, Salad Works, Manchu Wok, and Jazz Bar. They have ten oven-baked sandwiches to choose from plus two quesadillas. I went with the “Italian Club” because I’m a sucker for cured meats. It comes with salami, pepperoni, and ham plus the toppings of your choice. I opted for lettuce, cheese (somehow a blend of mozzarella and Swiss?), mustard, mayo, and hot peppers. Sounds simple, right? Nope. What I got what a lettuce sandwich with some meat hidden underneath. I dare you to identify the difference between the salami and pepperoni. I certainly couldn’t. The lettuce appeared to be from 2013 and not the later months. The one highlight was the bread, which was made by old Chicago standby Turano. A toasted Turano roll is usually enough to save any sandwich. Not this one, though.

All in all, it was only $6.99, so that’s a major plus. That said, my $6.99 would have been better spent on a bag of almonds. Next time you’re flying out of ORD, don’t make the same mistake I did or else you may find your stomach enduring a zoot suit riot.