Getting access to the internet while you’re cruising through the clouds is a true testament to the ingenuity of humanity. In-flight wi-fi is one of my favorite inventions of the past decade and I’m guessing you’ll agree. Instead of being forced to devote our time to stupid tasks like reading (bo-ring!), we can now see if any of the Kardashians have died or posted photos of their bodyparts on Instagram while we fly. What a world we live in! I love wi-fi on airplanes — assuming the signal is strong enough — and so do the folks at Gizmodo who put together this handy guide to all of the major US carriers and their on-board internet offerings. The list is ranked from first to worst: 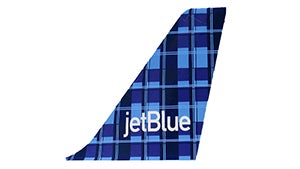 JetBlue’s wifi is probably the fastest in the sky. Its “Fly-Fi” uses the latest Ka-band technology from ViaSat and clocks in at around 15Mbps. However, there’s no guarantee it will be available on your plane. All of the JetBlue’s Airbus 321 aircraft and 80% of its A320 aircraft have it. The rest of the fleet should be equipped this year. Before you book, check to see if your flight has Fly-Fi on JetBlue’s dedicated website.

Virgin America wins out as the second best airline for wifi simply because the crazy-fast Gogo ATG-4 service is available on the airline’s entire fleet. (Virgin flies Airbus 319s and A320s.) The service will get even faster this year, as Virgin is a launch partner for Gogo’s new 2Ku service, though it’ll roll out on transatlantic flights first. Virgin America is currently the only airline with wifi on every plane—just hope it’s not broken when you fly. Gogo’s pricing is standardized at $5 per hour, $16 per day, and $60 for a full month pass (or $50 if you want that pass for just one airline). This pricing structure is the same for any airline that uses Gogo. 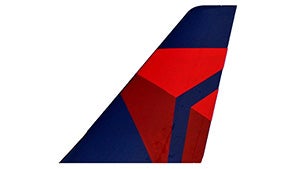 Delta is neck-and-neck with Virgin in terms of availability, since its entire fleet is wifi-equipped. There’s a spectrum of quality and speed, though. It’s all Gogo ATG and currently being upgraded to ATG-4. So for the widebodied Boeing aircraft and the Airbus A319s have the faster 2Ku-powered systems, and it will be rolled out to the rest of the fleet this year. Check your flight’s wifi status on Delta’s MyTrips website. 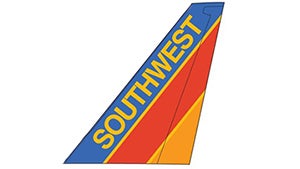 Surprise! The fun-loving airline that once felt like riding a public bus through the sky has a pretty damn great wifi setup. Southwest’s proprietary system is notable because it works from gate-to-gate (for the most part). Southwest only flies Boeing 737 aircraft, and about a third of the fleet is equipped with Ku-band wifi provided by a company called Row44. For $8 a day, the wifi service is pretty fast, and since it’s satellite-based, the internet won’t cut out when you fly over bodies of water. You also get a bunch of free TV content when you connect. However, you could easily end up on a plane that’s not equipped with wifi, and not all of the wifi-equipped have power sources. Check your flight with Southwest’s wifi Finder. 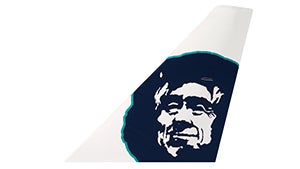 From here on out, pretty much every airline is using various versions of Gogo’s service, so it’s kind of a toss up. Again, it’s hard to tell exactly how slow it will be—and it will definitely feel slow compared to your wifi at home—but at least Alaska Airlines can guarantee service on every flight. (The entire fleet was supposed to be equipped with wifi as well as in-flight entertainment via Gogo by April 2015.) The airline is working on upgrading all of the equipment to Gogo’s faster ATG-4 offering, as well. 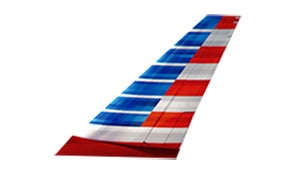 American Airlines (as well as its new partner US Airways) has pretty good wifi coverage across its fleet. It offers Gogo service on the vast majority of its aircraft but not on any of its regional jets. To see if your flight has wifi, American tells you to search the itinerary and look for a little wifi signal, which is kind of annoying but whatever. Good effort.

United’s wifi set up is insanely confusing. On flights from JFK to Los Angeles and San Francisco, you can get regular old Gogo service. But on other flights you might get United’s own proprietary wifi service, which will only tell you the price once you go to connect. But you might get lucky and score Ka-band wifi on some 747s and Airbus widebody jets. (This wifi is apparently great, by the way.) And then DIRECTV is somehow involved. It’s so confusing. Check your flight’s status here.

What do you think about this list? Accurate? Crazy? I’d love to hear your thoughts in the comments and please feel free to hit one of those Share buttons below to send this story out to the world.

Some rights reserved by Anthony Quintano